During the quarantine my hobbies (and I imagine many others’) shifted to more indoors ones - possibly sedentary. Among other things I also started gaming after a hiatus of many years.

But as you can probably imagine gaming on a 13” laptop with integrated graphics is not the most gratifying of experiences. So I got myself a desktop with a proper graphics card.

And now comes the interesting part: since all the games I originally planned on playing have Linux support I decided to skip buying a copy of Windows and copy my laptop NixOS config and extend it as needed. Basically I wanted to do some tinkering again.

The aforementioned graphics card is made by NVidia. And I braced for a world of pain to set it up - the image of Linus flipping off the GPU giant still fresh in my memory (actually it's been a while - that happened in 2012) 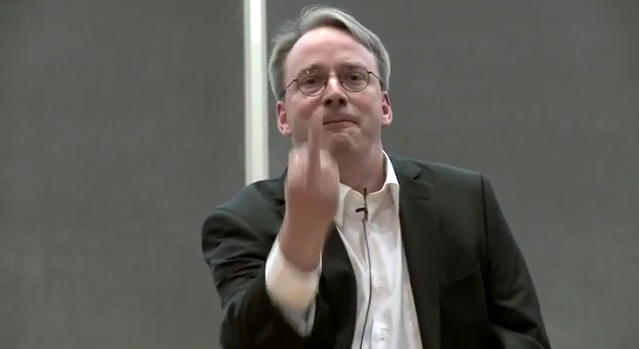 And I recently heard a friend rant about NVidia driver / Steam compatibility issues on Ubuntu. But the amazing Nix community had my back on this. Drives are nicely packaged - I just needed to enable them

Next up is my preferred distribution platform - Steam. Still have an account (and some games) from my previous gaming sting. The steam installed also does quite a bit of magic usually so this had me a bit worried as well. But apparently I'm not the first first person (by far!) to try gaming on NixOS as it's beautifully packaged. Just need to add it to system packages and everything works out of the box.

Games install and play. I can get myself entertained, story over. Right?

I incidentally learned about Steam Play (marketing name) / Proton (OSS name). Valve created a tool to run Windows-only games on Linux - basically Wine + (a lot of) tricks. And apparently it works quite good. There is even protondb.com - a database of playability reports so you can tell what works and what doesn't before buying games.

And the best surprise? This is seamlessly integrated into Steam client. So I picked I AAA (windows-only!) game I liked, clicked install, clicked play.

I was running a AAA game via Wine on NixOS on a NVidia card. Butter smooth. I was…still am…very impressed by this.

Even a random controller-only early access game worked through this setup. Very nice. Speaking of controllers…

I tried some games on an old cheap controller that I had. It worked but it was not great. I want to get myself something better. After a (literally) 2min search I concluded that DS4 should work on Linux without too much trouble and I bought one.

And it did work fine - over USB. Steam also comes with a driver for it comoplete with configuration panel. Sorry about this post turning into a bit of an ad for Steam but I am genuinely impressed.

But of course I wanted to go wireless. Proprietary drivers over bluetooth on Linux on a funky distro. This will not end well. But I said I wanted tinkering.

I already had bluetooth config from my laptop

and a BT dongle for my PC. Almost a bit surprisingly it detected the controller and successfully paired. But it showed up as a generic device. And here comes the first bump on this journey: Steam drivers did not pick it up - and it was unusable.

Long story short - after about an hour of research and trying things I added this udev rules to enable Steam to have permissions to use the device.

And that's it. All the tinkering required. I can now use a DS4 over BT for AAA Windows only games on NixOS. Based on my anecdotal evidence NixOS is now a better (easier) plafform for gaming than Windows. But my criteria might be a bit skewed ;)